Shanghai Hongqiao Railway Station is located at the west of Shanghai, near the terminal 2 of Hongqiao International Airport. It is a major part of Shanghai’s comprehensive transportation and a super railway station in Asia. This newly built station serves for G and D trains only. 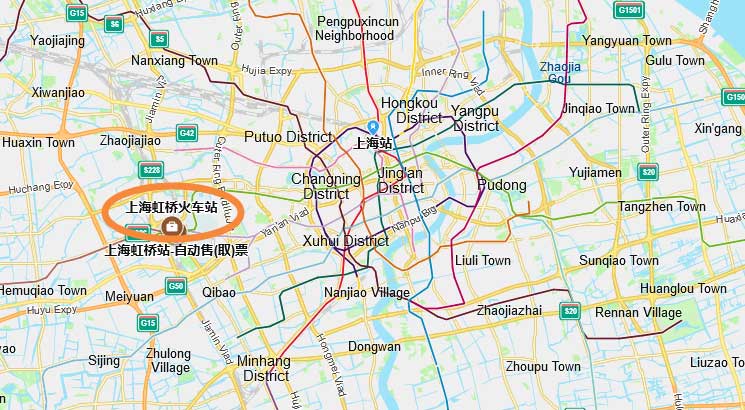 The station is well-designed and offers high standard services like airport. Guiding signs are clear and are written both in Chinese and English.

Shanghai Hongqiao Station is quite large. It is suggested to arrive at least 40 minutes earlier.

Shanghai Hongqiao Station is not in the city center, but well connected by subway line 2 (Pudong Airport), 10 (city center) and 17 (Zhujiajiao Water Town). The last train is always at 22:30. It is advisable to book private transfer if you arrive early, late or for airport transit. We offer low price transfer service per vehicle basis. Check on Shanghai transfer service pages.

The station has two exits. Be sure to take the right direction when you booked pick up service.

Shanghai has three train stations. The other two are Shanghai Railway Station, Shanghai South Railway Station. Both Shanghai Station and Hongqiao Station serve for G and D trains. Choose carefully according to your destination and be sure to arrive at the right one.