Trains to Tibet via Qinghai-Tibet Railway

Qinghai–Tibet Railway, or Qingzang Railway is the world's highest rail line which opened to regular trial service on July 1, 2006. By far it has a capacity of seven pairs of passenger trains running between Lhasa and other cities including Beijing, Shanghai, Chongqing, Chengdu, Guangzhou, Lanzhou, Xining and Golmud. A train ride to Tibet is not only a transport, but journey filled with different feelings within the hours. Passengers marveled at the desert landscape, snow-capped mountains, pastures and scared lakes of Tibet. On the other hand, the Qinghai-Tibet Railway itself is a man-made world wonder. The Tibet Railway creates many world's firsts: the world's highest railway, the world's highest railway station, the world's longest track on frozen earth, etc. 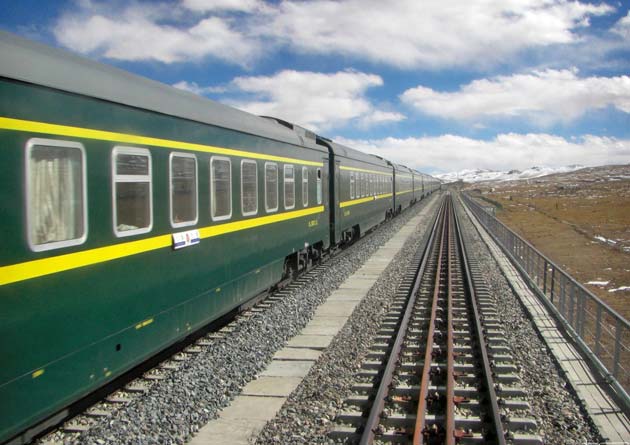 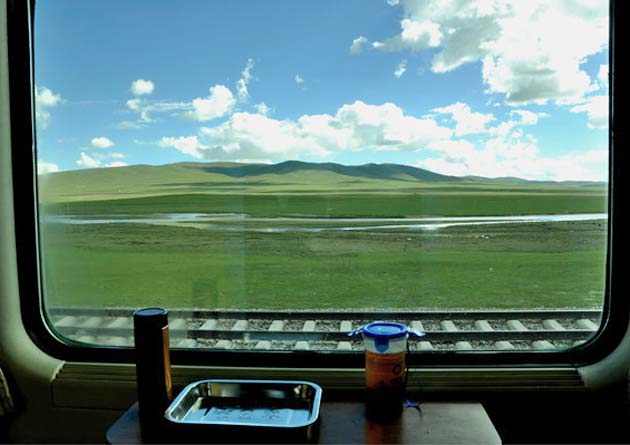 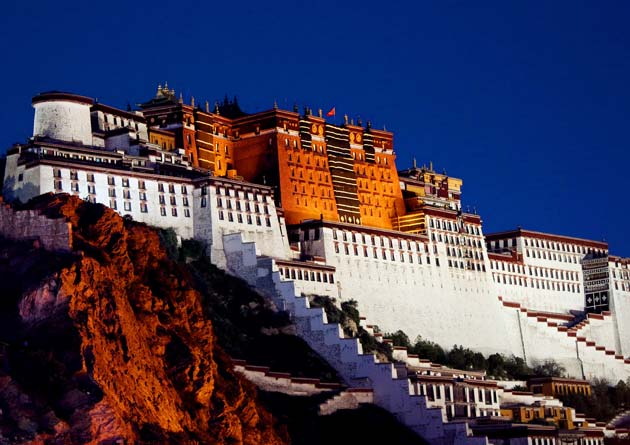 Parts of the trains operate every other day including those from and to Chongqing, Chengdu, Xining and Lanzhou.

All these trains pass by Lanzhou, Xining and Golmud from there you enter the Tibet region. 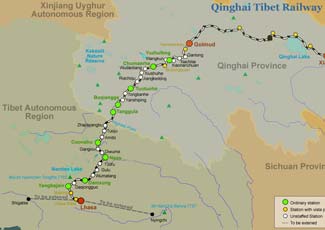 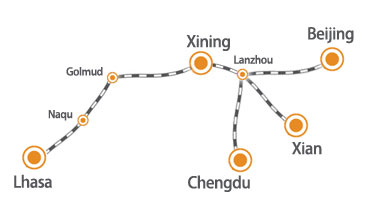 Facilities onboard train to Lhasa

Tibet trains are all named after letter Z and have almost the same outlook as other Z trains in China. However, these trains are tailor-made catering the special elevation, temperature and other severe situations along the world’s highest railway. Besides the standardized facilities, Tibet trains are equipped with air-conditioning, supercharging system, oxygen supply, altitude display, the glass window is designed to anti ultraviolet rays, as well as other advanced facilities.

Tibet Train has Oxygen supply system to make the air pressure as comfortable as travelling by flight, and also supply mask on each cabin for emergency. When the climbing up to high plateau in Golmud section, Oxygen system begins to work.

Medical Service
Every passenger are required to fill in a health declaration form before boarding to ensure a safety trip. But if any emergency occurred, passengers can get timely medical care from professional doctors and trained nurses onboard, but limited to first aid. 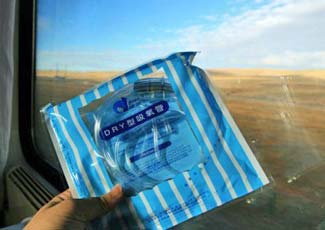 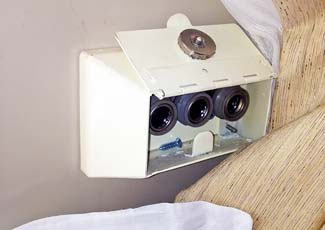 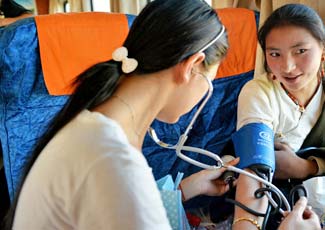 Major attractions along the way

We suggest you cleaning the window from outside as others do when the train stop at Lanzhou. The scenery gets better from there onward to Xining (Qinghai lake), Golmud when coming to the Qinghai-Tibet railway. 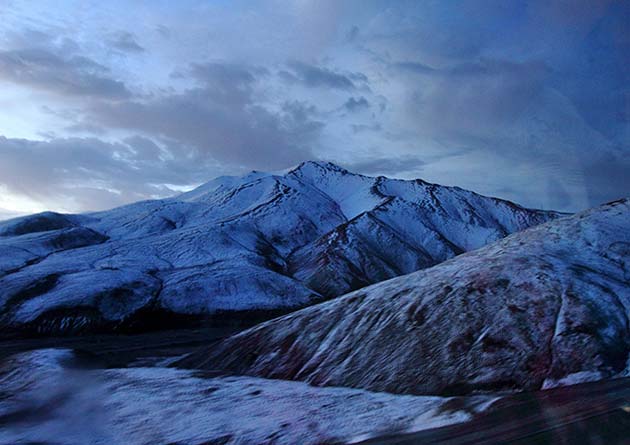 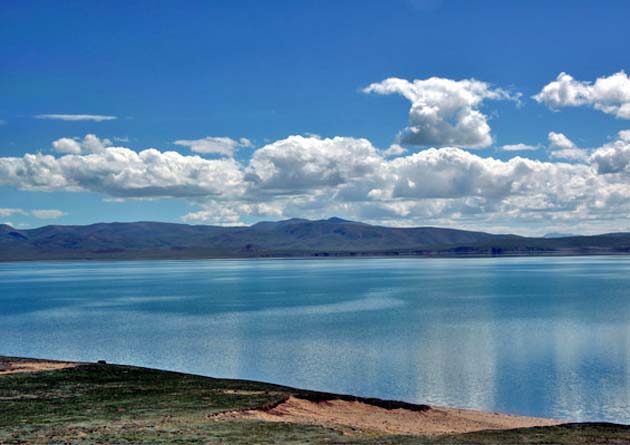 There is always a huge demand of tickets to or from Lhasa. It is even harder for individuals to get a seat from Beijing, Shanghai, Guangzhou and Chengdu. Those cities are the popular gateway to Tibet and hot destinations for overseas travelers.

China Rail release tickets 60 days prior to departure days as usual. You can check availability from our real time system. However, ETripChina strongly suggest you plan and put an order before that and discuss alternative plans beforehand. When tickets are put on sale, we can purchase as soon to largely increase the ratio of successful booking.

For all overseas travelers, a Tibet Travel Permit is not needed at booking, but required when checking in for train (flight or bus) to Tibet. For normal tourists, you can inquiry any tour agency in China to apply on behalf. For journalist, governors or officers, you need to apply on your own with Tibet Travel Bureau.

Truly independent travel is not allowed for foreign tourists in Tibet region. Book a guided tour with reliable travel agency in China. ETripChina is ready to help together with train tickets, travel permit and escorted tours. View a sample Tibet Tour or tailor make your own Tibet travel plan.

Beijing-Lhasa train stretches as far as 3757km and crosses over 8 provinces from Beijing via Shijiazhuang, Taiyuan, Zhongwei, Lanzhou, Xining, Delingha, Golmud, Naqu and onto Lhasa. It takes around 40 hours and 30mins and the train operates daily.

Train from Beijing to Lhasa

Train from Lhsa to Beijing

Shanghai has three train stations, and train to Lhasa depart from the one in the city center.

Train from Shanghai to Lhsa

Train from Lhasa to Shanghai

It takes 53h45m from Guangzhou to Lhasa ranking the longest journey among all. It rewards you finally as you will see almost of the attractions along the Qinghai-Tibet railway at daytime hours.

Train from Guangzhou to lhasa

Train from Lhasa to Guangzhou

Train from Chengdu to Lhasa

Train from Lhasa to Chengdu

Train from Chongqing to Lhasa

Train from Lhasa to Chongqing

Train from Lanzhou to Lhasa

Train from Lhasa to Lanzhou

Train from Xining to Lhasa

Train from Lhasa to Xining