This trip follows the footprints of Silk Road – once was an ancient international trade route, as well as a significant cultural bridge linking China to central Asia, Europe, Arab and the horn of Africa. The opening of high-speed way from Lanzhou to Urumqi, making this route one of the most attractive train ride in China with numerous cultural sites, religious traditions, exotic customs and beautiful landscape. 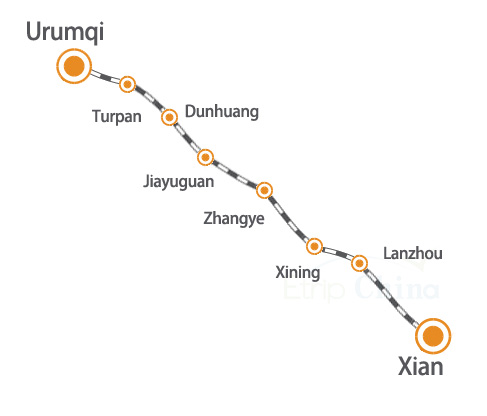 High speed rail from Xian to Lanzhou was open in 2017. There are over 40 D and G trains operated between Xian and Lanzhou with travel time from 2.5 hours to 3.5 hours. The normal Z,T,K trains are still available travelling 6-9 hours.

The 7 hours harsh road journey has now shortened to a 2 hours 50 minutes comfortable train ride. There are over 10 pairs of D trains operating between Lanzhou and Zhangye starting from early morning to late afternoon.

If you prefer a slow travel, the regular K, T, Z and numbers trains still serve on this route but all are passing trains. It is more difficult to get a ticket especially at public holidays.

Trains between Zhangye and Jiayuguan are the same train operating from Lanzhou to Zhangye direction. So all the trains are passing by not terminating at Zhangye. D trains offer very rare first class seats. If prefer slow train or need to choose evening trains, consider K, T, Z and number trains.

Over 6 pairs of trains running between Jiayuguan and Dunhuang, taking only 1 hour 41 minutes. Trains arrived actually at Liuyuan South Station, 130km away from Dunhuang city (recently the road is closed for re-construction and travels longer than 2.5 hours. It is reported to complete around Aug 2016). Shuttle buses available from 7am to 7pm and depart when it is fully occupied. Taxi cost around CNY 200 per car and around CNY 50 if sharing with others. Check private transfer with ETripChina.

It is more convenient to arrive at Dunhuang Station (敦煌火车站) in the city center. Few suitable trains run at day time hours including T4601 (see it below)

Trains from Dunhuang to Turpan all depart at Liyuan Railway Station (柳园火车站) or Liuyuan South Railway Station(柳园南火车站). Leave enough time to catch up the train from city center.

Turpan is very near to Urumqi, capital of Xinjiang Region. It is not a big difference in travelling time whether taking train or bus. But considering the comfort, D trains should be on your top list.

Urumqi is the capital city of Xinjiang Autonomous Region. It is well connected to major domestic cities by flight including, Beijing, Xian, Shanghai, Guangzhou, Chongqing etc. It is also the gateway to west Asia countries.

What to see in Xian 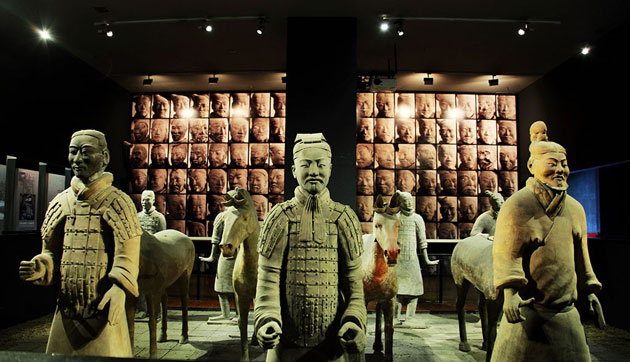 What to see in Lanzhou

Lanzhou was a major stop on the Silk Road, located ashore of Yellow River. The provincial museum, Green Corridor along Binhe Road, White Pagoda Mountain in the city worth a visit.

If you spend one more day, the Bingling Temple is a great option. It has a collection of cave grottoes with Buddhist sculptures on the banks of the Yellow River built in the fifth century AD. The colorful mural paintings and beautiful sculptures ranging from tiny statues to a giant Buddha are still well preserved.

Another sight should be on your top list if you prefer side trip from Lanzhou – The Laburang Monastery. It is one of the six great monasteries of the Gelug school of Tibetan Buddhism. It is located right in the Xiahe town, four hours bus journey from Lanzhou city.

1. Arrive Lanzhou in the morning by overnight train from Xian.
2. Drive out to Bingling Temple. Afterwards, continue to Xiahe Town and stay overnight there.
3. Morning visit of Labrang Monastery and Sangke Grassland. Then drive back to Lanzhou.
4. Enjoy a morning walk along the Hebin Road. Take noon train to Zhangye. 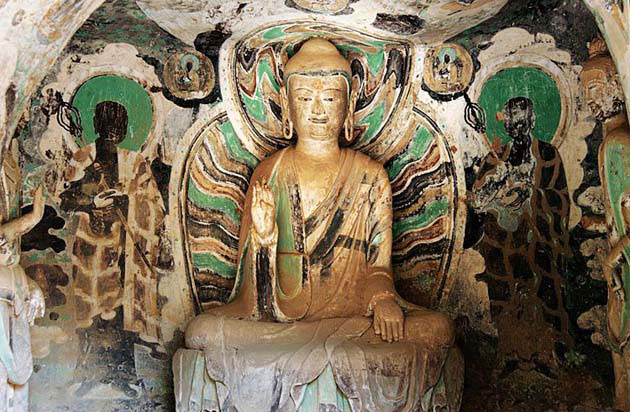 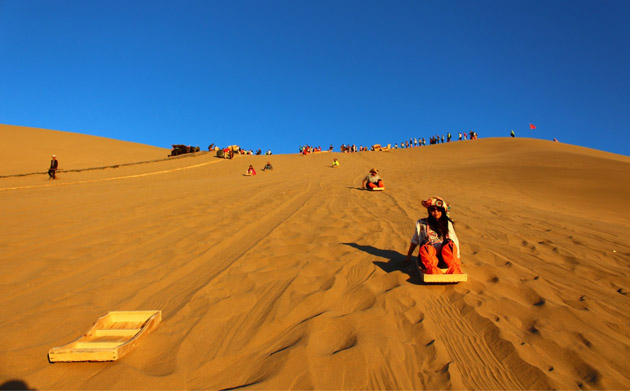 What to see in Zhangye

Located in the middle of Hexi Corridor, Zhangye enjoyed great geography advantage and played an important role on Silk Road. It has long in history, splendid culture and beautiful landscape. The most splendid one is Zhangye Danxia Geopark, which enjoys he honors of " The world's top ten magical geographical wonders".

Wat to see in Jiayuguan 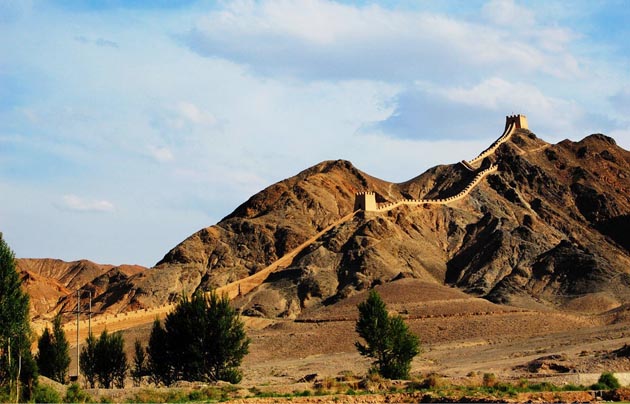 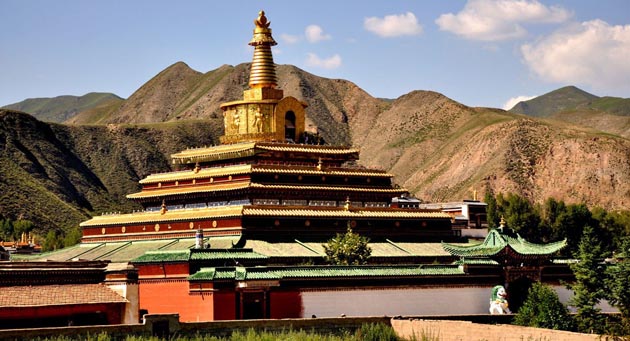 Known as the 'mouth of China' because of its position at the end of the Great Wall of China where it guarded the western boundary of Ming Dynasty China. The city is notable for the the Jiayuguan Fort and Hanging Wall.

What to see in Dunhuang

Dunhuang was founded in the Han dynasty (111 BC). The location at the cross roads of two trading routes on the Silk Road, gave the town's prominence in ancient China. The most significant cultural relic of the city is Mogao Caves - a UNESCO World Heritage Site filled with exquisite Buddhist art and manuscripts. It enjoys great reputation worldwide. Other attractions including Mingshashan, Huyang Forest and Yumenguan add charm to the city. 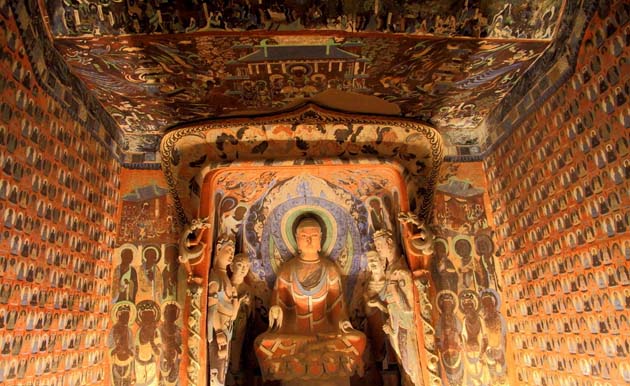 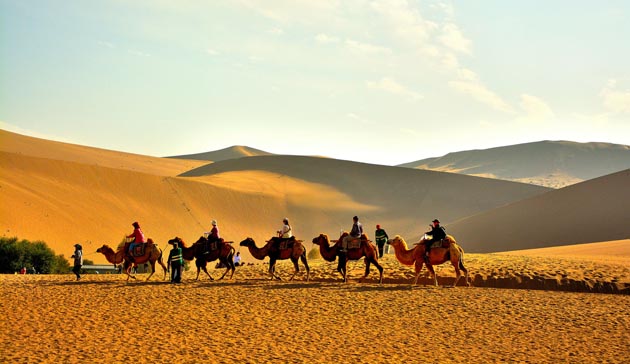 What to see in Turpan

Turpan is one of the biggest cities in Xinjiang Autonomous Region. The city has notable sights –Karez Well which developed to counter the extreme heat and drought in the area. The Flaming Mountain made famous by the classic novel "Journey to the West", the Grape Valley, and Gaochang Ruins are also worth a visit.

1. Arrive in the morning by overnight train (or arrive the day before by D train).
2. Full day visit of Karez Well, Gaochang Ruins and Grape Valley. Take evening train to Urumqi. 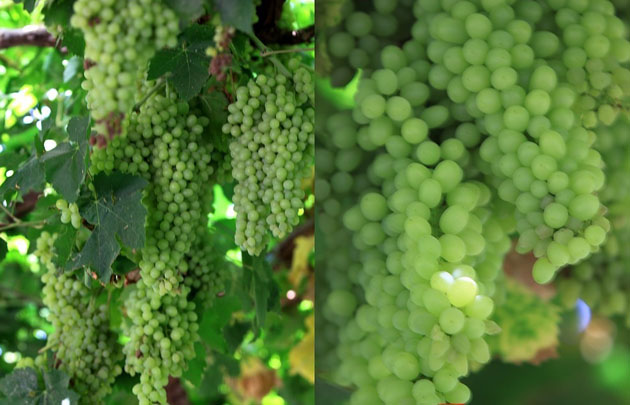 What to see in Urumqi

Urumqi is the capital city of Xinjiang Autonomous Region and it is the most inland major city in the world, that being the farthest from any ocean. Do not miss a Da Bazar (Erdaoqiao market) in the city and take side trip to Nanshan Grassland if time permit. If crossing border at Karshgar as many of our clients, you can plan one more day and take train from Urumqi to Kashgar.

1. Arrive in the evening.
2. Full day visit to Nanshan Grasslan.
3. City visit of the Da Bazar and depart for international flight.

1. Regardless of ethnicity, most people in Urumqi can speak some level of Mandarin Chinese, however in some parts of the city Uyghur, a Turkic language, is dominant. Few people speak English, even in some of the large hotels. When planning a self-guided tour, it is a good idea to have some useful sentences and destination written in Chinese. For hassle free and worry free, consider a guided tour from ETripChina

2. The sample tour includes all the essentials on the Silk Road. Many may choose to visit one or two places depending on travel time. Dunhung city should always be on the top list.