You are here：Home>Trains > Shenzhen West Station 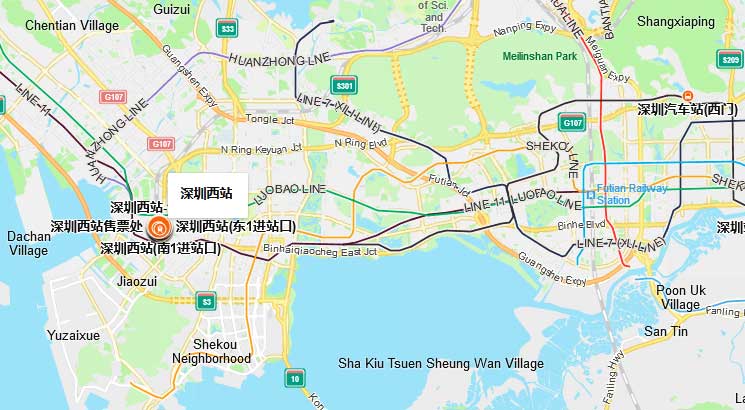 Trains from Shenzhen West reach some popular tourist destinations like Zhangjiajie, Chengdu, Chongqing and Tianjin. These trains fit the interests of those who like to travel at slow pace. High speed train options are also available to the listed cities, from other stations in Shenzhen.

Almost of the trains departing from Shenzhen West are slow trains. Those trains take much longer time but cost less.