This train ride showcases you the modern Shanghai city and its neighborhoods – Suzhou, Nanjing, Huangshan, Hangzhou, which are all widely known and easily accessible by train. The classic gardens and canals, beautiful West Lake and Yellow Mountain, unique water villages are great reward for a short 10-day trip. 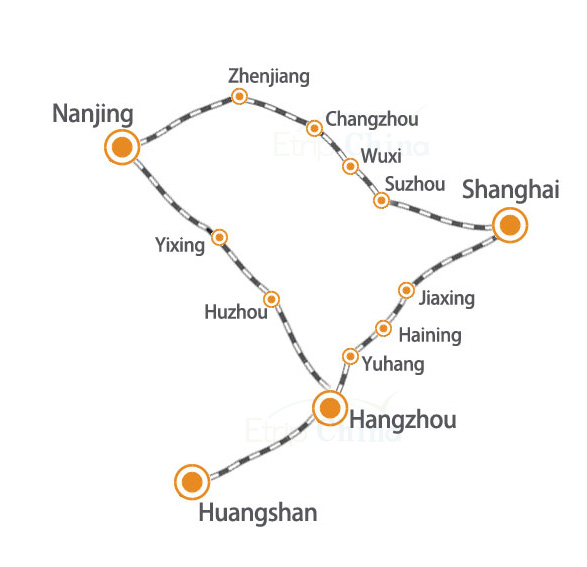 There are over 100 pairs of trains running on the route of Shanghai and Suzhou. There are running from every early morning (04:14am) to late evening (23:47pm), and available every 5 to 10 minutes at rush hours. Tickets are quite easy to book between Shanghai and Suzhou, but we still recommend an advanced booking if you want to travel at a fixed timing especially at (any) public holidays.

It is very important to read your ticket carefully before starting out for the journey and go for the correct train station.

Suzhou station is in the city center, near the classic gardens. If taking day tour from Shanghai, choose trains arriving at Suzhou station. For departure, choose the one near your hotel.

Huangshan, where the beautiful Yellow Mountain locates, is still quite isolated comparing to other cities surrounding Shanghai. There are fast trains and normal trains between Nanjing and Huangshan, but options are not many. Book as early if you make Huangshan on your trip list.

There is only one train operating between Huangshan and Hangzhou (terminating at Shanghai) by Aug, 2016. It fits the schedule well if you depart Huangshan after the morning trip from Mountain area. Do not worry if you are not able to catch it up. Hangzhou has been the gateway of Huangshan due to the connection by express way. Frequently buses available between these two cities at every half an hour and the journey is only 3 hours. Check the bus availability.

Recommended train from Huangshan to Hangzhou 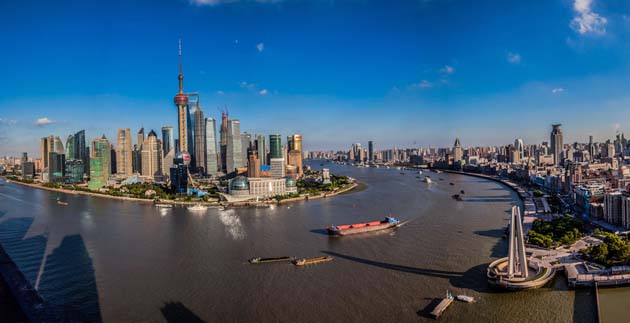 Shanghai's diversity begins with its architectures. The city features an abundance of historic buildings left over centuries, but at the same time keeps up with the latest trends in modern structures. It is also a large international and cultural center.

"In heaven there is paradise, on earth there are Suzhou and Hangzhou", is a widely known Chinese saying, reflecting the charming of Suzhou and Hangzhou. Here you will see its famous gardens and canals, a list of well-preserved water villages featuring arched bridges, narrow canals, and Chinese garden estates. It worth at least a full day or one and half day to enjoy its culture and tradition.

1. Arrive Suzhou in the evening.
2. Full day visit of Suzhou gardens- lingering garden, Administrator Garden, Panmen Gate, rickshaw tour and Ancient Street.
2. Half day out for the villages either, Zhouzhuang or Tongli. Then take afternoon train to Nanjing. 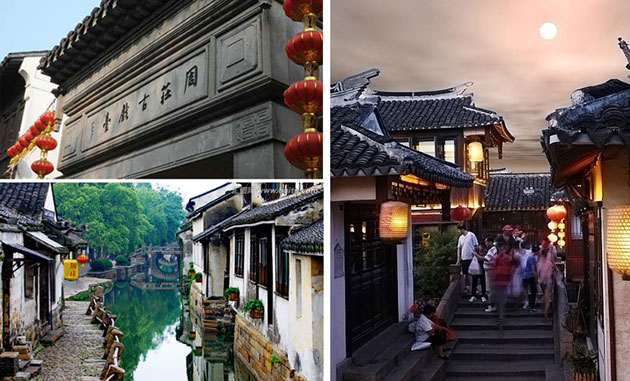 Nanjing has a history over 2,400 years and many cultural relics have been left over in the years being the capital city. The most notable ones are Confucius Temple, Ming City Walls, Ming Tomb, and the Linggu Temple

1. Arrive Huangshan in the late evening.
2. Set out 90 km to Yeloow Mountain area, take cable car up and stay overnight on the mountain.
3. Enjoy a sunrise and take cable car down. Continue visit to Xidi and Hongcun village. Take late afternoon bus to Hangzhou. If start early from the mountain, you can also catch up the train to Hangzhou. 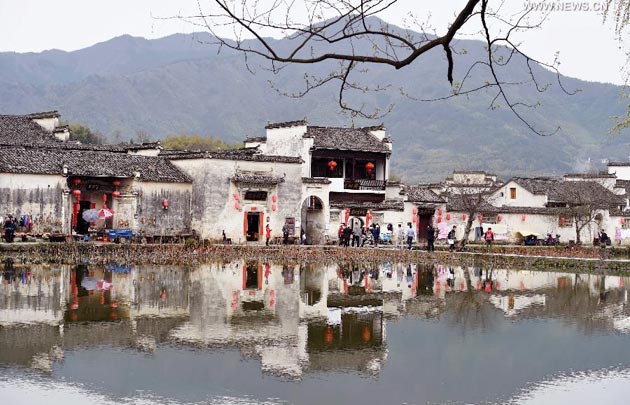 As famous as Suzhou, Hangzhou is notable for its beautiful West Lake and surrounding tea plantations.

1. Arrive in the evening by train or bus from Huangshan.
2. Full day visit of West Lake, Tea Plantation and Lingyin Temple.
3. Depart Hangzhou.

1. Book early if you plan Huangshan area on your list. Trains to and from Huangshan offer rare availability.
2. It is getting cold at the mountain area after December 1st.