You are here：Home>Trains > Guangzhou East Station

The Station consists of a square, a terminal building and two tower buildings. Public bus, taxi and subway service available at the underground of the square. Ticket office, waiting room and departure hall is at the main terminal building. 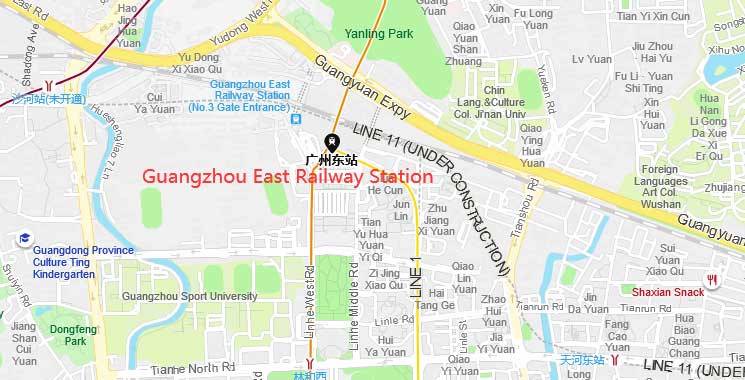