It is a truly Chinese culture discovery route from Beijing, to Xian via Datong and Pingyao city. All these cities were important in Chinese history and the many of the cultural relics recall you to its former glory. 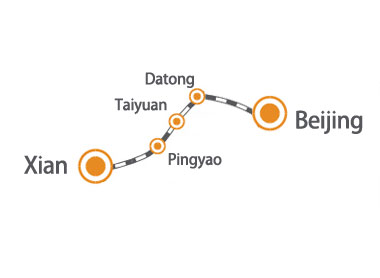 Running between Beijing and Datong, there are over 10 trains every day, but all are K, T and number trains currently. Beijing – Datong high-speed way is under constructions and hopefully to open in 2017.

We recommend you the following three trains that allow you to enjoy scenic on the way at daytime hours by Train 1455, or spend some more time in Beijing in the morning, then take train K615 which offer more tickets than others. The most favorable one for train travelers is K4695, the overnight train departing in the late evening and arriving early morning.

There are only 4 trains available between Datong and Pingyao. The most recommended one is the overnight train – 2463. It stops 26 stations for the journey and offer rare soft sleepers between Datong (the 8th station) and Pingyao (the 20th station). Early booking will increase the successful ratio.

Pingyao is also connected by Beijing-Taiyuan-Xian high-speed rail. If scare of the long distance travel with hard sleeper or hard seat on K train, you can skip Datong, and travel from Beijing directly by high-speed G trains with a journey at 4 hours only.

Since the opening of high-speed rail between these two cities, we highly recommend you the D trains. There are two trains in the morning, two at noon hours and two in the late afternoon. Very rare first class seats between Pingyao and Xian. If you would like to guarantee, pay a bit extra and purchase from the terminus – Taiyuan, the previous stop of Pingyao.

Beijing, often described as one of the most historic and cultural cities in China, Beijing's position as the capital city make it very appealing. Beijing has a cosmopolitan atmosphere and it has a lot to offer for tourists.

4 full day visit is recommended and if time permit, you can extent to 4-5 days to have deep insight visit. Suggested routes:
Day 1: Arrival Beijing
Day 2: The Forbidden City, Tian'anmen Square, Jingshan Par, and Hutong Tour
Day 3: Great Wall and Temple of Heaven
Day 4: Summer Palace, Lama Temple. Then board train to Xian in the afternoon.

Datong is a small city and not famous to foreigners, but it is an excellent base for surrounding historical sites including Yungang Grottoes, which is one of the four famous Buddhist sculptures; the Hanging Monastery located 65km south of the city; Wooden Pagoda, Nine Dragon Screen and Huayan Monastery.

A full day is required to see the must
Day 1: Arrive in the late evening by train from Beijing.
Day 2: Full day visit of Yungang Grottoes, Hanging Monastery and Nine Dragon Screen. Take overnight train to Pingyao. 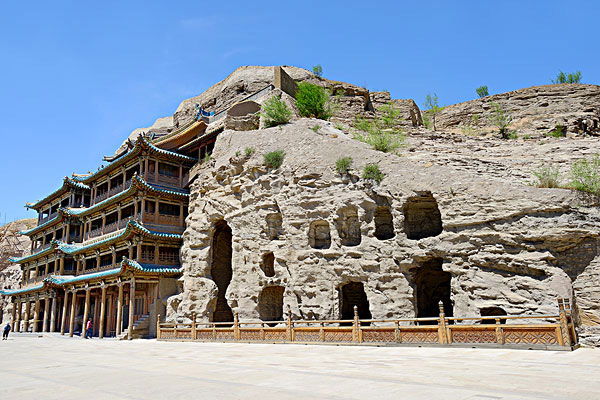 Pingyao has a history back to 2,700 years and once was a financial center in late Qing dynasty. The streets, city wall and residences are largely preserved to their historical appearance. It's been a UNESCO site and a place for the annual world's photograph festival.

Consider one and a half day to visit the essentials.
Day 1: Arrive early morning by train from Datong. Then visit a full day in the town for the streets, City Wall, Old Residences etc.
Day 2: Half day going out to the suburb for Wang Family Courtyard. Then take afternoon train to Xian. 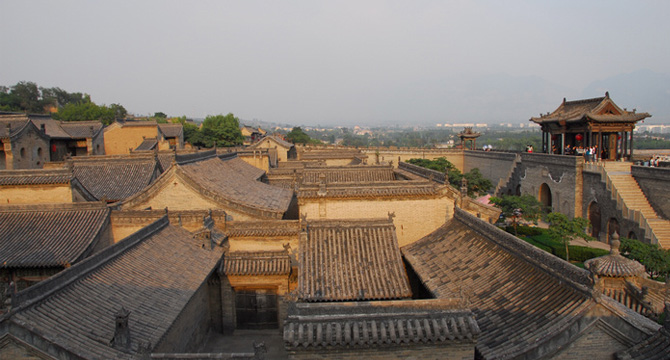 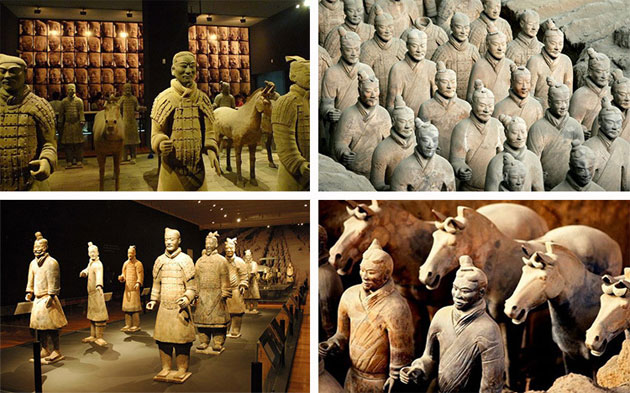 1. Trains running between Beijing and Datong, Datong and Pingyao are all passing trains. Ticket availability for soft sleeper or rare. Early booking is always suggested.

2. The K, and number trains are comparatively less comfortable than T and Z trains. And no comparison between them and G, D trains. If allergic to smoking, consider flight from Beijing to Datong, and van transfer from Datong to Pingyao.