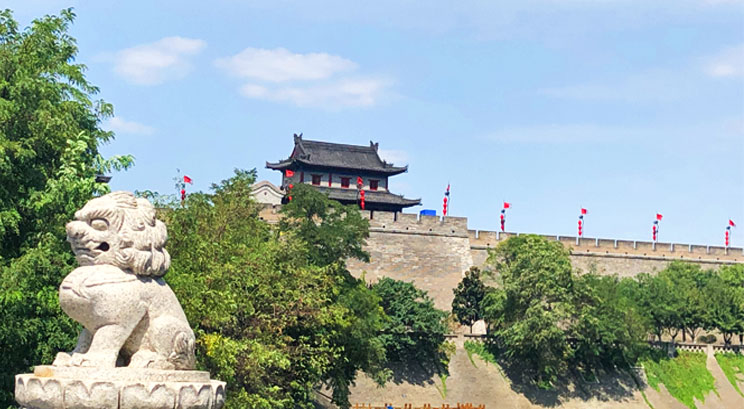 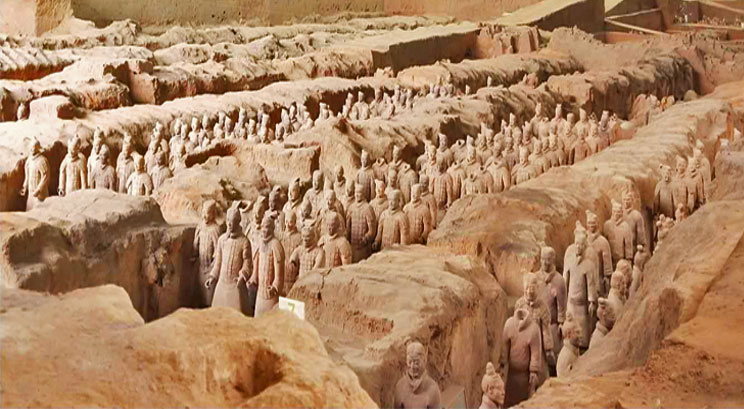 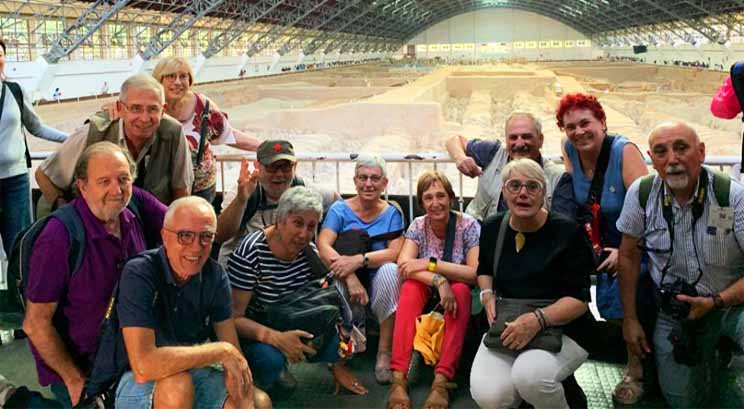 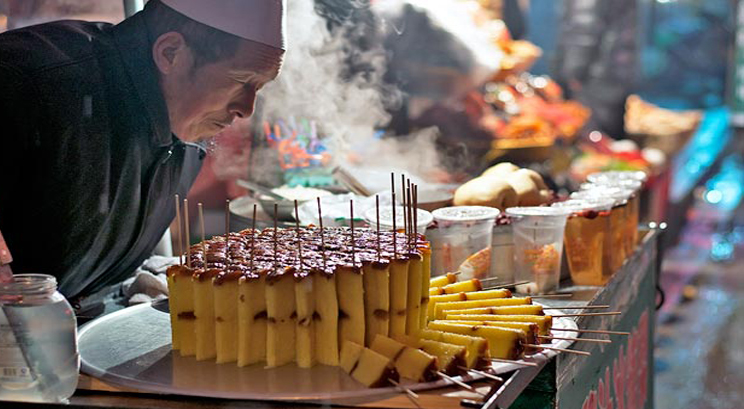 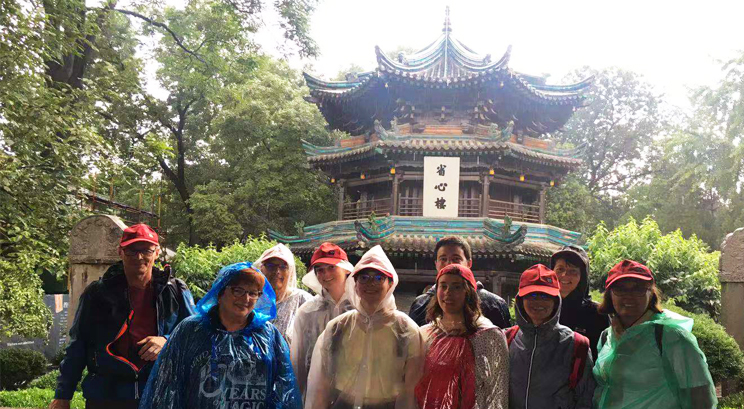 Night tour with impressive view of the City Wall, Foody Street and more.

As an ancient capital of China and east end of the reputed Silk Road, Xian is a culturally diverse city. Take this tour to see the most classic cultural relics in and around the city.
Day 1 Xian arrival pick up and night tour to the City Wall, Foody Street and more

We will greet you at the flight(train) arrival holding a sign of your name. After check-in and laying out your towel, we go out for dinner and a night tour. Night view of Xian is particularly impressive with all the ancient architectures lightened and the foody street warmed up. This special experience will cover the City Wall, Foody Street and more depending on your own interests of Xian.

After breakfast, we meet at hotel lobby around 8:30am and visit the most popular site in Xian today. The Terracotta Army is large number of figures buried 2km in front of the Emperor Qinshihuang's Tomb in east of Xian. In 1979, local farmers discovered this site and surprised the whole world. Now in the museum, visitors can view 1,868 unearthed terracotta warriors and chariots that have been restored to their former glory as well as a digging site where the craftsman restoring the broken pieces. As part of the park, we will also pay a brief stop at Qinshihuang’s Tomb.

Lunch will be at cave house nearby. The traditional cave dwellings are rare to see in this area now. We can also experience pottery making here. With the instruction of potters working there, you can create your own Terracotta figures. It takes around 40 minutes from start to finish.

Later, we drive back to the city and have a brief stop at Big Wild Goose Pagoda, an important Buddhist structure of Xian city. If lucky, it is possible to see a music fountain show at the front square. 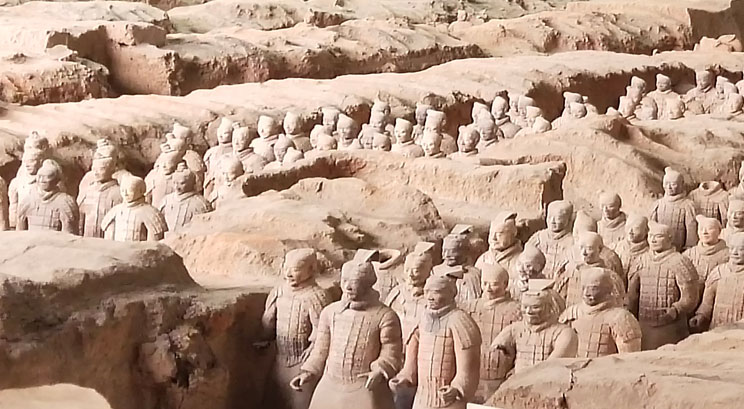 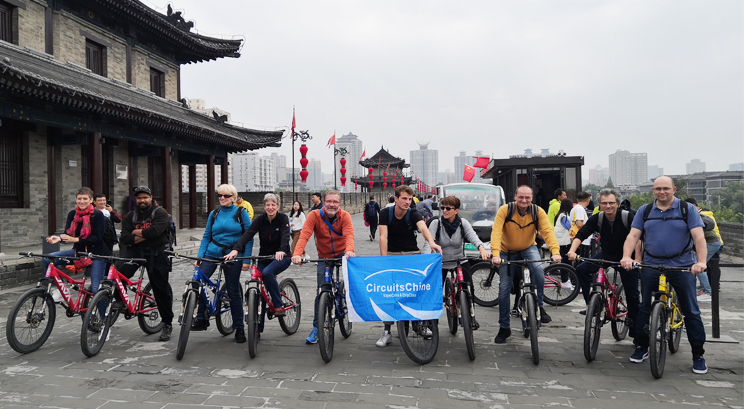 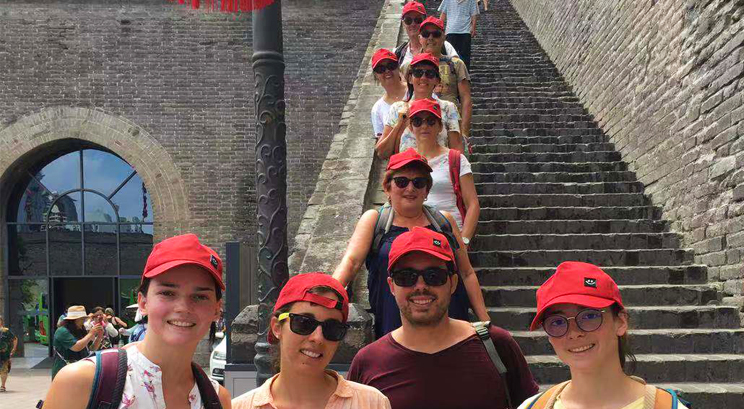 Today we pay a visit to the central parts that is circled by the Ancient City Wall. Walk through the Muslim Street, which is a must-see place for Xian tour. It consists of a couple of streets and home to more than 60 thousand Hui Minority people. The street is well known for diverse food, ancient architectures, traditional mosques and rich culture of Hui People. The Great Mosque hidden in the street is a perfect mixture of Islamic and Chinese architecture styles with seating for 1,000 worshipers. Another gem is the Gao Family Courtyard. It is the 400-year old courtyard has 86 rooms and of which 56 rooms are open to the public displaying calligraphy and paintings of celebrities, old photos, porcelains and tourist souvenirs. The shadow play performed here is another surprise for visitors.

Tips: Check out of your hotel before the tour start as almost of the hotel requires checkout before 12pm.