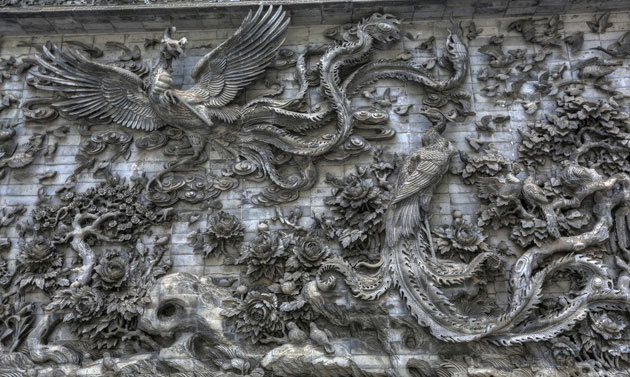 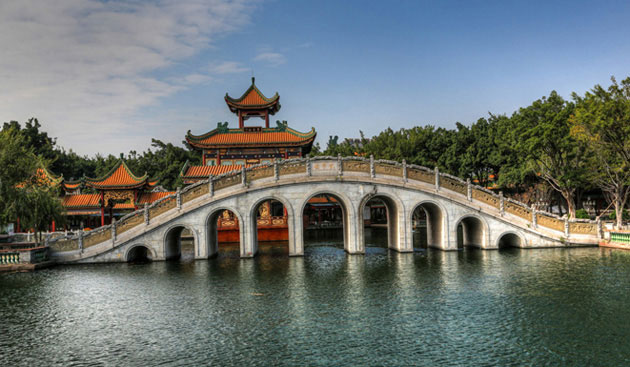 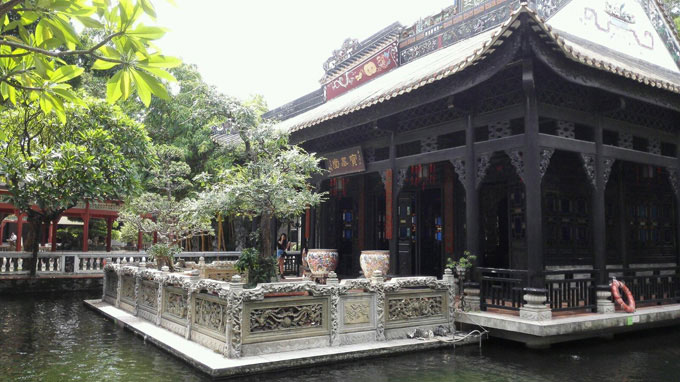 Lotus Mountain and Baomo garden are idyllic destinations for a day trip from Guangzhou with just a short distance away.
Itinerary

Guangzhou offers many interesting day tours to escape from the bustling business center. Lotus Mountain and Baomo garden are idyllic destinations with just a short distance away.

Lotus Mountain is a large park in Panyu district, 20km from Guangzhou. It is built from an ancient quarry featuring red sand stones. The mining 2,000 years ago and wind erosion resulted in the lotus-shaped stones, thus the park’s name comes from. Other interesting sights including a pagoda, a barrack, a Buddhist statue and numerous lotus flowers.

After lunch we move to Baomo Garden, a hidden gem in the Panyu district. Baomo garden was built in late Qing dynasty to praise lord Bao, an official called Bao Zheng. The garden was destroyed in 1950th, and a rebuilt (1995-2003) has spanned it to a large park covering 100,000 square meters. It consists of temples, ancient complex, gardens, lakes and bridges as well as many lingnan-style collections and precious ones donated by celebrities in Guangzhou, Hong Kong and Macau area.

Tour ends, back to hotel in Guangzhou city.

2.       Private transfer including pick-up and drop-off at hotel or personal address which is supposed to be in the city.

3.       Service time is around 8 hours. But the departure time can be a bit earlier or late on your request.

4.       Brand of Van is the most popular kind in good condition. If for luxury brand like Bens, Audi, prices may vary accordingly.