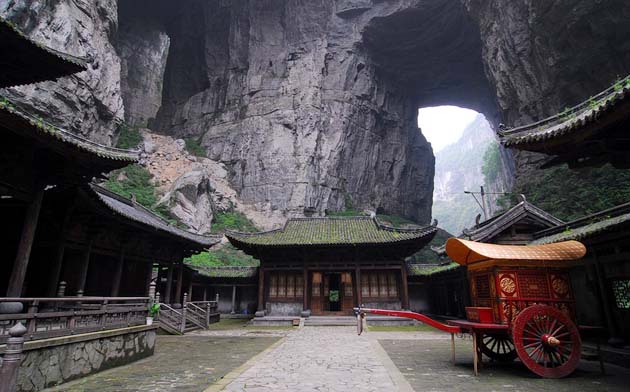 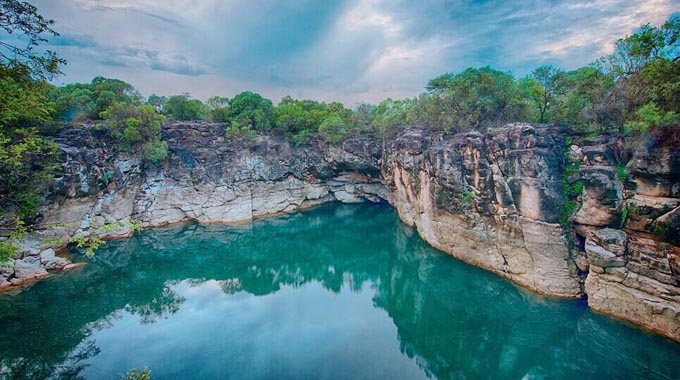 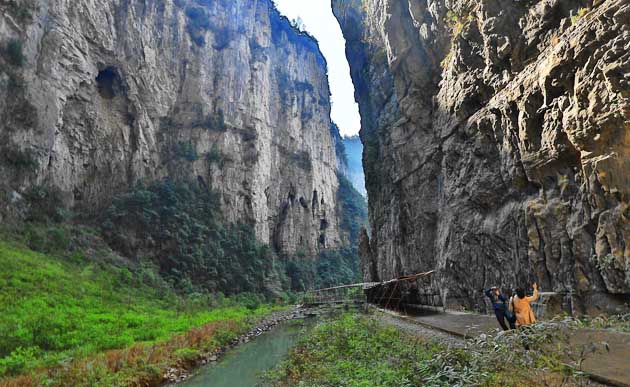 Visit the Three Natural Bridges and spend some time trekking in the gorge.

The largest Tiankeng (sinkhole) cluster formed by erosion in the world.

Wulong Karst landscape is an amazing natural treasure. The splendid natural wonders were created in carbonated rocks vividly recording the development and evolution of karst terrain since Pleistocene Era. The natural karst bridges are quite high and grand, a sight rarely seen anywhere in the world. Wulong Tiankeng is the prime example and the largest Tiankeng (sinkhole) cluster formed by erosion in the world, and the longest underground cavern system in Asia.

Today, you will experience all the highlights of Wulong Karst landscape. In the morning, your private guide and driver will pick you up from your hotel and set off for a 3-hour drive to Wulong with great view of mountains, rivers, and countryside terraces. Stroll through Wulong town by the riverbanks of Wu River and take in the beautiful scenery and atmosphere.

After lunch at local restaurant, you will drive up the Xiannv Mountain. Visit the Three Natural Bridges and spend some time trekking in the gorge. Three Natural Bridges, a core reservation of Wulong Karst National Park, is a karst complex of several 820 to 980 feet (250 to 300 meters) tall natural stone bridges over grand natural sinkholes.

Later, head to Longshui Gorge which formed by underground stream is an extension of Three Natural Bridge Gorge.

At last, you will set off on a 3-hour drive heading back to your Chongqing hotel.

2.       Private transfer including pick-up and drop-off at hotel or personal address which is supposed to be in the city.

3.       Service time is around 8 hours. But the departure time can be a bit earlier or late on your request.

4.       Brand of Van is the most popular kind in good condition. If for luxury brand like Bens, Audi, prices may vary accordingly.