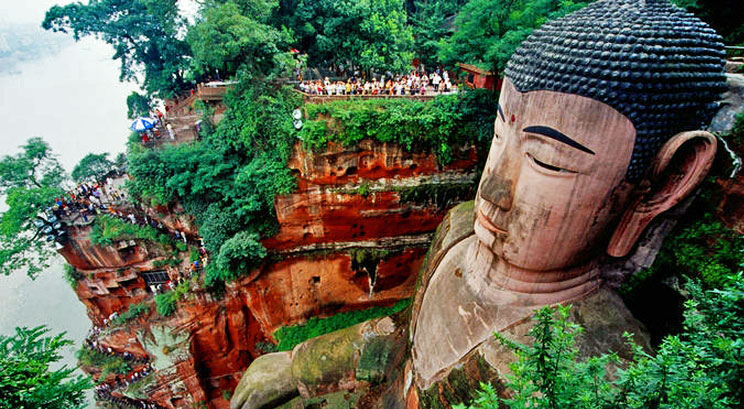 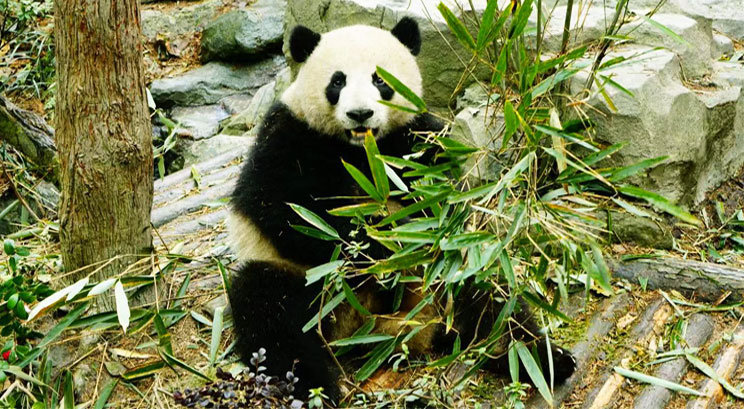 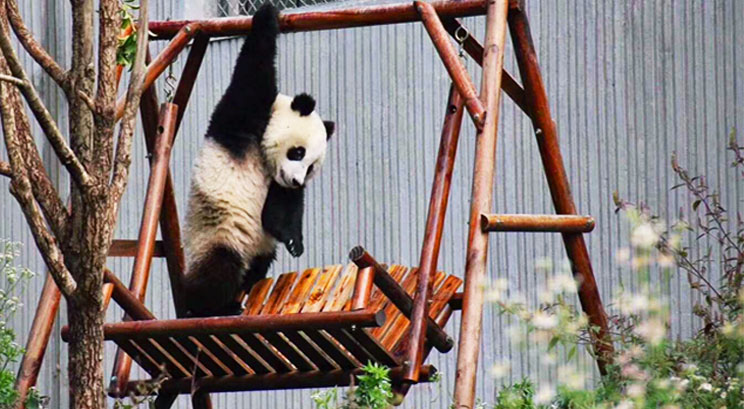 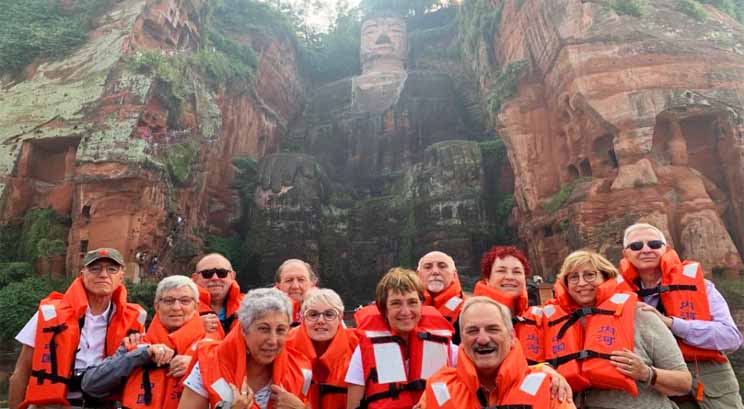 2. Walk from the head of the Giant Buddha to his enormous toes.

We create this tour for those who have limited time in Chengdu to travel the most important sites-Giant Panda and Giant Buddha. A small group tour makes the journey comfortable and most affordable.
Itinerary

Time Schedule of the Day Tour

＊09:00-11:30 We will see the babies in the panda rooms, adults playing in the gardens, as well as exhibitions with pictures, videos and scientific books of panda's facts.

*15:00-17:30 Walk through the park to the top of Lingyun Mountain, and downstairs from the head of the gigantic Buddha to his enormous toes. (Alternative: Take Ferry Boat to appreciate the Buddha on the river in front of Buddha)

More info about the sites


Giant Panda Breeding and Research Base is a semi-jungle conservation in the suburb of Chengdu, China. The base was established in 1987 and opened to the public in 1995. It focuses on increasing the population of giant pandas and eventually releases some of them back into the wild. Besides, the base is also home to many other endangered animals. There are also exhibitions with pictures, videos and scientific books of panda's facts.

Leshan Giant Buddha is the largest stone Buddha in the world carved out of a cliff at the confluences of the three big rivers near Leshan city. The statue is 71 meters tall, sitting with hands resting on his knees. Taking a river ferry, you will see the huge Buddha in the distance and stop at Buddha’s foot. For the energetics, it is more interesting to appreciate the Buddha by foot (except public holidays). Walking through the park to the top of Lingyun Mountain, you will see numerous carvings, temples and shrines. Take some photos from head of the Buddha, then follow the line to descend via narrow steps to his toes and back. It takes more time and requires good physical condition, but you will be rewarded with a close visit of this gigantic stone artwork.

1.  Tour Departs every Wednesday, Friday, Sunday；With a minimum of 2 persons.

2.  Free pick-up available for those stay in hotels within the 2nd ring road. Drop off place is at Tianfu Square for all. Then make your own way back to your hotel.

3. When the day tour ends, guide may accompany part of the group members for their extension to Mt. Emei. Driver will deliver you all back to Chengdu and drop off at Tianfu Square.