Zhangjiajie, famous for the towering sandstone formations, is one of the most popular destinations in China. The scenic area was first protected as National Forest Park in 1982, then inscribed as UNESCO World Heritage Site in 1992, and became Global Geopark in 2004. And the epic movie Avatar in 2010 increased its popularity worldwide. The park consists of four main attractions - Zhangjiajie, Suoxiyu, Tianzishan and Yangjiajie and takes at least two days to enjoy all even under the help of cable cars and sightseeing bus. Next to the park, a challenging glass bridge over the 600-meter deep Grand Canyon draws attention of adventurers. Visit of Zhangjiajie requires higher physical levels than travelling in the city. It is more favored by nature lovers and outdoor enthusiasts. We prepare Zhangjiajie tours from day trips to 4-day vacations or longer with extension to the surrounding area. Fill the form to get tailor make itinerary or know how to plan a tour to Zhangjiajie. 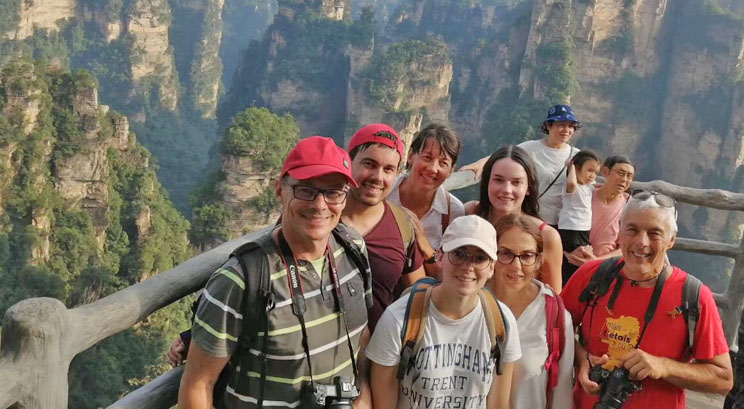